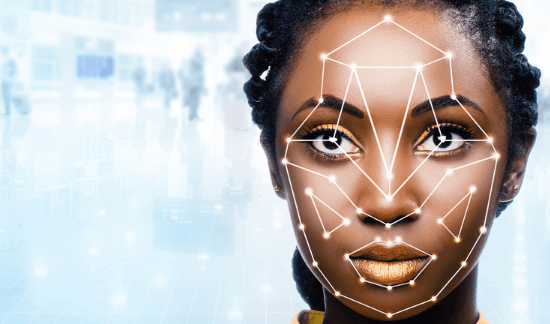 Equally, its launch in 2019 and early 2020 has caused profound doubts and unexpected reactions.

But later on, something on that.

Within this file, you can uncover the truth and patterns of seven facial detections, expected to change the landscape within 2020.

How Does Facial Recognition Work?

For a human face, the program distinguishes 80 nodal positions. In this case, nodal points are endpoints that are used to calculate a person’s face variables, such as nose length or width, eye socket size, and cheekbone form. The method operates by collecting data on a composite picture of an individual’s face for nodal positions and preserving the resultant data as a faceprint. The faceprint is then used as a reference for contrast with data from faces recorded in a picture or photo.

Since the facial recognition technology requires just 80 nodal points, when the circumstances are optimal, it can quickly and reliably recognize target individuals. Nonetheless, this form of algorithm is less effective if the subject’s face is partly blurred or in shadow rather than looking forward. The frequency of false positives in facial recognition systems has been halved every two years since 1993, according to the National Institute of Standards and Technology (NIST).

High-quality cameras in mobile devices have rendered facial recognition both a viable authentication and identification choice. For example, Apple’s iPhone X and Xs include Face ID technology, which enables users to unlock their phones with a faceprint mapped by the camera on the phone. The phone’s program, which is designed to avoid being spoofed by images or masks utilizing 3-D mapping, records, and contrasts over 30,000 variables. Face ID can be used to authenticate transactions in the iTunes Store, App Store, and iBookStore via Apple Pay and. Apple encrypts and saves cloud-based faceprint data, but authentication takes place directly on the computer.

Smart airport ads will now recognize a passer-by’s gender, race, and estimated age and tailor the advertising to the profile of the user.

Facebook utilizes face recognition tools for marking images of people. When an individual is marked on an image, the program stores mapping details regarding the facial features of that individual, once appropriate data has been obtained, and the algorithm may use the information to recognize the face of a single person as it occurs in a new picture. To preserve the privacy of users, a function named Picture Check notifies the designated Facebook user.

More than 641 567million files are open to the FBI through 21 state repositories such as DMVs. Facebook’s images are another illustration of a website millions had exposure. All images which are marked with the name of an individual are part of the Facebook archive.

The code instead finds a fit in the supplied database with the exact apps. This returns with the match and details, including name and address added.

Developers will use Amazon Recognition, an image processing tool that is part of the Amazon A.I. series, to attach functionality for face recognition and interpretation to a device. Google has a similar functionality through its Google Cloud Vision API. The platform used to track, pair, and classify faces through machine learning is utilized in a broad range of areas, including entertainment and marketing. For starters, the Kinect motion game device makes use of facial recognition to differentiate between participants.

Uses of Facial Recognition You Must Know!

While facial acknowledgment may appear to be cutting edge, it’s at present being utilized in an assortment of ways. Here are some fantastic uses of this innovation.

There are medicinal services applications, for example, Face2Gene and programming like DeepGestalt, that utilization facial acknowledgment to recognize a hereditary issue. They investigate faces and contrast them with a database of countenances of those that contain these disarranges.

Numerous stores have facial recognition frameworks that mark people as a danger if they’ve shoplifted. This framework can distinguish the shoplifter and advise the storekeeper of their past disparities, regardless of whether they have never entered that particular store. While this can be valuable for storekeepers, the precision of the framework is regularly raised doubt. If an honest individual is mislabeled as a criminal, it could affect as long as they can remember.

Some markets and bars in the U.K. utilize facial recognition to distinguish if individuals are mature enough to buy liquor. The supermarkets permit clients to use the self-checkout for alcohol without requiring an additional worker holding on to check I.D.s. Those distinguished as more youthful than 25 need to have their I.D.s checked.

The facial recognition attendance system is beginning to be consolidated into schools. A school in Sweden utilizes FRT to call participation in class. Schools in the U.S., explicitly New York, are beginning to test the utilization of facial recognition attendance system to fill in as an “early notice framework” against dangers from people, for example, sex guilty parties. The innovation can likewise perceive ten sorts of weapons to forestall demonstrations of savagery in the school.

Carriers like Delta and JetBlue are utilizing facial acknowledgment to recognize travelers. The biometric facial examination is discretionary yet will permit those traveling to utilize their countenances as their ticket, sparing time, and forestalling the issue of monitoring a ticket.

There are currently no regulations in the United States expressly covering biometric data of a person. Facial recognition devices are already being tested or implemented for airport protection, and it is reported that their faceprint has now been produced by more than half the United States populace. Information may be collected and processed by a facial recognition program, and a person does not even recognize it. Then, a hacker might reach the details, and the knowledge of a person would propagate without even realizing it. Government entities or marketers may use this data to monitor individuals too.

The Future of Facial Recognition

There are currently no regulations in the United States expressly covering biometric data of a person. Facial recognition devices are already being tested or implemented for airport protection, and it is reported that their faceprint has now been produced by more than half the United States populace. Information may be collected and processed by a facial recognition program, and a person does not even recognize it. Then, a hacker might reach the details, and the knowledge of a person would propagate without even realizing it. Government entities or marketers may use this data to monitor individuals too. Worse still, a false positive may include a person for a crime they are not.

Hundreds of companies have embraced face recognition. Integrating and installing is reasonably straightforward, but it has also provided users a feeling of utilizing a system that is more sophisticated and safer than passwords or PINs, thereby increasing user experience. Nonetheless, plenty is often unclear on the road to implementing what many deem the ideal biometric approach, causing several relatively severe blunders along the way.

Apple made significant promises that the chance of a random user being able to use it to open a device is “around 1-in-1,000,000”. It was, among other instances, openly disproved after a Chinese woman demanded a refund for her iPhone after a co-worker had entered her phone with their face using Face Recognition. Apple is no different from other companies that render falsely ambitious claims that can quickly be proven false. Not only is this negative for customers and undermining the credibility of the company, but the image of the whole biometric authentication sector declines as the public starts to embrace facial recognition as a product that is faulty and possibly harmful.

Most biometric facial tools at the customer level are technologies that suit the face.

Nevertheless, they will not “authenticate” or validate a real, live person constructively. Correct face authentication, in which recognition/matching is a subset, uses AI-driven liveness detection, allowing it to differentiate between a picture, video, or non-human 3D entity, like a mask or mannequin head, from a real human being. Through observing hundreds of distinct human characteristics, such as shapes, micro-movements, and gestures, facial authentication will quickly assess if such attributes add up to what the camera sees as a live entity–together.

In all the biometric modalities – fingerprint, expression, gait, behavioral, DNA, and others – face is gaining adoption faster. Because, it is not only convenient for almost all to use, but a face provides a sensor (here, camera) and device with too much “signal” or data as any other tool. For example, fingerprints can not suit the many differences in the forms, sizes, distinctive marks, and other distinguishing features of a qualified A.I. program, for all their simplicity and apparent sophistication.

More commonly, the face is often simpler to use in several situations where sunlight, temperature, social restrictions, and physical access to a mobile device will preclude a person from talking to their phone or utilizing a fingerprint reader. Once the technology is fully developed, implemented, and introduced, facial recognition and face authentication can be taken to new heights.

In day-to-day business uses other than law enforcement and surveillance, where there is a need for additional

encryption than is needed to open phone or buy a cup of coffee, the most efficient approach is authentication through liveness detection. When a program may be assured that the person requiring access is not only a legal consumer but is genuinely alive at the moment of the request for access, high-value accounts such as banking/finance, medical history, automated vehicle access and blockchain-based applications such as cryptocurrency wallets and secure contract signing can rapidly build trust, adding a variety of advanced resources to an eagerly anticipated customer.

We’re now starting to see face-to-face security systems deployed in sectors such as identity protection and banking, but also mainly in combination with other existing solutions such as fingerprint or SMS verification. Yet over the year or two, we’ll see big multinational companies adopting increasingly sophisticated face biometrics use state-of-the-art, AI-driven technology to enhance their protection capabilities and better defend customers from identity fraud and data loss. Face authentication with recognition of liveli

ness would not only have an improved, frictionless user interface, but anybody with a traditional smart app will enjoy unprecedented levels of real-world security.

Facial recognition isn’t always ready to coordinate faceprints precisely with the database. Mistakes ordinarily happen because of poor pictures or the absence of data in the database. Poor lighting or low picture quality can make it hard to examine the individual’s nodal focuses precisely. The information is affected when the points of the face are clouded. It creates a blunder in the faceprint, making it challenging to coordinate the correct information in the database.

In different cases, the database isn’t sufficiently enormous to have a careful counterpart for everybody. Indeed, even the database that the FBI uses, FACE Services, returned 153,636 photographs of obscure individuals between August 2011 and April 2019.

While the Pew Research Center found that 56% of Americans trust law implementation to utilize facial acknowledgment dependably, others don’t ascertain that the information will be used morally.

The investigation additionally found that while a more significant part thought it was worthy of law requirement to utilize facial recognition innovation to survey security dangers in broad daylight spaces, they didn’t think different uses. For example, checking high rises, organizations following the participation of workers, or sponsors perceiving how individuals react to promotion shows were adequate. This doubt originates from the dread that these privately owned businesses will abuse the information.

Not exclusively do private elements approach the information, yet numerous facial recognition databases are open. It implies any individual, even those with an indicative aim, can discover you on the database and track you down.